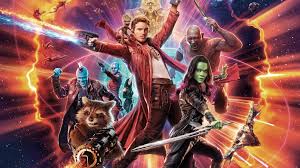 Great visuals and character but lack luster story. i feel it can’t be compared to guardians of the galaxy vol. 1 in any way .

Logan was really good , it was a different take on superhero movies, beautiful performance by the actors but that can’t save this as 70% of  it was brooding. The villain sucked and we didn’t get Logan’s suit!

Long waited Justice league which aired on 16th of November , 2017.   It had a great team up but it cant in anyway save this movie  . The pacing was terrible and also one of the worst movies with worst CGI . Not to forget about the run time , the movie was just too short .

A great action movie with great visuals but moderately filled with comedy . It had No stakes especially with the destruction of asgard and the villain was in a way wasted.

spider-man homecoming is a cool, funny remix but the technology on peter’s suit was in a away too much for the spider-man we know, though advancement was expected it was just too much.

wonder woman was a great action movie which paved the way for new female super-hero movies. although the third act was messy, it does not diminish the entertainment of the movie in any way.

From Worst to best